Remember all those times when I insisted that—contra the folks who figured gun confiscation would be the spark that got the CW v2.0 conflagration started for reals—we wouldn’t see normal people out in the streets, shooting at Official Authority figures, and putting Minas Morgul to the torch until they’d gotten good and hungry—them, and/or their families?

Yeah, well. About all that.

I’m noticing a trend. Not good, very much not so good.  As in very very much a thing of Badness. Jen Pisseye-the-Mouth, old PCircle back? Let me tell you, she’s not bright enough to understand ain’t no one with two brain cells is buying her bullshit anymore.

I mean it’s getting to be an untenable situation. The rest of the World now sees this time as a chance to really pay back ‘Murica for all our Leadershit’s Imperial Meddling. They’ve gone around for the past 70+ years pissing in everyone’s cornflakes, and expected everyone to ask, if not outright beg for more.

Now? Not so Mucho. The Saudis won’t take our calls, Joe Chink is salivating at the prospect of metaphorically eating our lunch so to speak, and the Indians told us to piss up a rope. Hell, the Pakistanis are in an uproar ‘cos it’s obvious even to Oedipus that we just fucked them over with a mini-color revolution there, which does not make Lil Brown Hindu Brother happy.

We’re in -the- most precarious position I can think of in the history of our small country. No one here seems to grasp it… well, we deplorables and detested dissidents know, and that there is part of the issue…when the wheels come off, the scapegoating is going to be astounding.

BCE draws his conclusion after doing a little comparison shopping for various food items which showed Bidenflation rates of anywhere from 54 to…ummm…128 percent?!?

Then things go from bad to much, much worse. In the comments section, several Expat fans point out the sudden shady-looking spate of large food production facilities, grain mills, and such-like burning to the ground, both here and abroad. In Germany, they’re already rationing cooking oil, of all things, a three-liter bottle of which item will now set you back a cool 65 simoleons (60 Euros). Tons more grim reportage over there, enough of it to freeze the marrow of even the sunniest, most carefree Pollyanna. As jimmyPx says:

My wife has always rolled her eyes at my “conspiracy theories” but the price of food has woken her up. When I told her revolutions usually follow food shortages, I said “would you or your sister kill someone to feed our beloved 6 year old nephew and keep him alive”? She sadly agreed and I said so would everyone else for their kids hence why famine = revolutions. Remember the French Revolution and “let them eat cake”? Our elites are just as out of touch as the French nobility was and will be shocked when nooses and pitch forks come out.

S’truth. Yet still they persist. We’re in for some seriously bad times, very soon now. They know this every bit as well as everyone reading this does. Somehow, though, our self-styled “elites” appear to believe that all this suffering and woe will fall on everybody except themselves. Hey, it’s always been that way before, right? So why shouldn’t it still be that way now?

Sorry, not this time around, you bastards. THIS time, you soulless fiends have screwed the pooch so completely that where this whole thing goes is no longer something over which you have any control. THIS time, with all your globalist jiggery-pokery, your arrogant fiddle-fucking around in affairs which are much bigger than you’ll ever be, you’ve gone way too far. THIS time, having inserted all ten of your fat thumbs into the machineworks not just of a small nation or two, but of THE ENTIRE FUCKING WORLD, you’ve brought us all to the very brink of destruction—REAL destruction, literal-not-figurative, destruction of a scale and magnitude impossible to either gauge or comprehend—a scale large enough, powerful enough, to pull all you vain imbeciles right down into the pit with the rest of us.

This will be a first in so many ways. The mighty US of A, for so many years the world’s breadbasket, the place where all the food was grown, will be reduced to a beggar nation itself, its populace no longer the smiling, fresh-faced, carefree suburbanites of 50s magazine advertising. 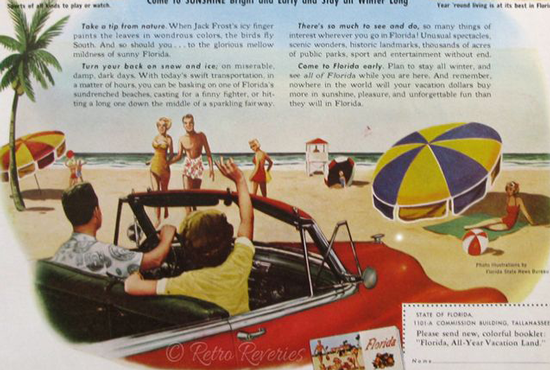 Looks pretty good, no? But not to the twisted, envious trolls of the Left, so sick in the head that even as innocuous an image as that will leave them choking nearly to death on the bilious hatred it brings up in their throats. Only killing those happy young Americans off completely could provide Leftists with any relief, removing even the memory that they’d ever existed at all, a standard practice for them. So that’s just what they did. One will have to hearken back a bit further to get an idea of where they intend to leave us now. 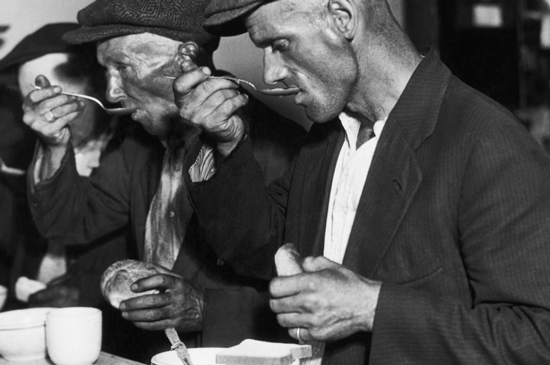 Niiiice. Why, as their Black Jesus once smarmily sniffed, “You would think they would be thanking me.” I almost look forward to seeing the architects of so much human misery get themselves a long-past-due schooling.

They are planning a gun for bread buy back, then the James, and Youngers show up