So much evil flowing from the evil mind of one truly evil, evil son of a bitch.

This philosophical concept belongs to Noel Ignatiev, a white American of Russian origin, who is the ideological founding father of numerous radical black movements in America. The author of this concept was even lucky enough to see his best students — Black Lives Matter (BLM) — in action.

Research into the work of this former Harvard professor finally answered the question of why BLM proponents are so negative about the perfectly rational slogan “All Lives Matter.” The fact is that the “black” in the interpretation of Ignatiev is a revolutionary Marxist. All those who do not agree with the Left ideology should, according to Ignatiev, be eliminated.

Noel Ignatiev (1940-2019) was born in America in a family of Jewish immigrants from Russia and was a third-generation communist. Moreover, he was not just a member of the Communist Party of the USA from the age of 17 but belonged to its most radical, ultra-left Marxist-Leninist wing. What was his most outstanding contribution to American philosophy? Here it is:

“Eventually white women can breed out, but my feeling is that if you are a white male, you should kill yourself now. If you are a thoughtful person, with a social consciousness who considers himself white, you will consider suicide.”

It was he, a convinced, uncompromising, and resolute communist, who in 1967 proposed the doctrine of “white privilege.” Not as a racial term, but as a somewhat modified Marxist term of the class struggle. The notorious “eradication of white privileges” is simply the standard Marxist wealth redistribution, expressed in newspeak.

No, this is not black racism. This is a systematic, canonical, and “ideologically correct” approach to the class struggle, designed to accomplish a dogmatic Marxist wealth redistribution. Why? Because since the 60s, all leftists have known the maxim: “The issue is never the issue.  The issue is always the revolution.”

That is why the two paramilitary wings of the Democrat party — the “white” Antifa and the “black” BLM — perfectly understand each other. After all, the race is not a problem. The main goal is the revolution. (By the way, the “white” wing of the stormtroopers was also created by the communist(s): Soviet agent Ernst Thalmann established Antifa in Germany in 1932.)

Gee, it almost seems as if every ill we currently suffer are really branches of a single tree. Must be a coincidence, I guess.

Should Real Americans be able to salvage anything of their own from the wrack and ruin after the current struggle plays out, the founders of the new nation would do well to remember that there are always limits to free speech, and see to it that the fomenting of Marxism in any way, shape, or form is written into law as a capital crime before they do anything else. As history shows, they will never fail to pull down and destroy any house they’re allowed to infest.

So he’s tribe? Now THERE is a real surprise. Or not…

Something bad should happen to people like Ignatiev early in life.

Still running the programs of the long defunct Soviet Union.

The really extraordinary part of all this is that the very people who want to bring the Soviet Union back to life here in America in order to resume the “Class Struggle” are themselves upper middle and rich class people themselves and actually do enjoy “privileges” that most of the rest of US White Americans never could dream about.

For instance, Crooked Clinton had upper middle class upbringing and got away with smashing (she certainly didn’t just ‘break’ them) National Security Laws and taking bribes to sell out the US. She simply walks away scot free and can actually run for the Presidency of the US on a Major Party Ticket.
Meanwhile, some grunt uses a personal cell phone to forward a “sensitive” email and gets 3 years in the brig for a violation of those same laws. 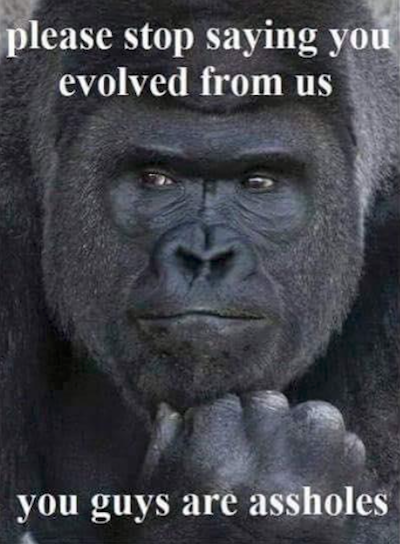 “Gee, it almost seems as if every ill we currently suffer are really branches of a single tree. ”

If that is the case, it is easy to chop down and turn it into sawdust. All you need is a large enough ax

“Branches of a single tree” is a bad analogy and leads to unworkable fixes.

Widely-sprouting fungus, with the toxic mushroom heads popping up all over the place, all connected to the same mycelium hidden deep down in the muck.