The mind, it reels.

In another one of his infamous corporate media talking head moments, Dr. Anthony Fauci said that baseless mandates for masks and vaccines are more important than Americans’ constitutional rights.

“I’m sorry, I mean I know people must like to have their individual freedom and not be told to do something, but I think we’re in such a serious situation now that under certain circumstances, mandates should be done,” Fauci said.

When asked whether he agreed with American Federation of Teachers President Randi Weingarten on requiring vaccines for teachers, Fauci once again repeated that he thinks forcing people to comply is an acceptable method to combat COVID-19.

“I’m going to upset some people on this but I think we should,” Fauci repeated. “I mean we are in a critical situation now. We’ve had 615,000 plus deaths and we are in a major surge now as we’re going into the fall into the school season.”

The mandates, Fauci explained would not come from the federal government but from local institutions such as schools and universities, and yet, reporting last week indicated that the White House is considering using its federal power to pressure institutions into requiring the COVID-19 shot.

This pig-ignorant little Nazi, remember, has held a powerful and remunerative position in the federal government for his entire career, since 1968. The poisonous dwarf has “served” under five Presidents—two Democrat-Socialist, three Repugnican. And in his view, the mandate of freedom and individual self-determination upon which this nation was founded can be flippantly discarded with no more than a casual wave of his mighty hand, the US Constitution be damned. He knows virtually nothing of the most fundamental American ideals, and cares about them even less.

No such “man” should even have been considered for employment with the US government, much less allowed to worm his way deeper and higher into the misbegotten bureaucracy that really controls it…and us. The belief that the whim of an incompetent, bumbling mediocrity such as himself not only CAN overrule our bedrock values, but SHOULD, by right ought to disqualify any and every applicant for FederalGovCo employment, at any and every level. Such arrogance, such unequivocal anti-Americanism, ought to be plenty enough to refuse the fool in question a job walking a route as a mailman, ferchrissakes.

Our proud American history; the great deeds of our noble forefathers; the incalculable sacrifice freely offered up, generation after generation, to secure the passing down of a priceless inheritance—all these things and so very much more—all shat upon by the despicable Fauci in that one inane, juvenile statement: “…I know people must like to have their individual freedom and not be told to do something.”

And that’s it. Hey presto!, just like that, everything—the Declaration; the Bill of Rights; Concord, Lexington, Shiloh, Appomatox, Operation Overlord, Iwo Jima, and Bataan;the unembarrassed tears sliding down the cheeks of your dear old vet Grampa as he holds a still-soldierly salute for the passing marchers in the town’s annual Memorial Day parade, thinking of his long-gone brothers-in-arms—abso-fucking-lutely EVERYTHING, ALL OF IT now reduced by this loathsome blowfly to just so much skid-paper for him to swab along the crack of his filthy, worthless ass.

People must like to have their individual freedom. As if the American people were no more than bratty children pestering Mom for some dimestore trinket or ice cream cone, their destinies entirely in the hands of power-drunk, dishonest non-entities like Fauci. As if freedom was of no real importance, to them or anybody else, just some insubstantial bit of silliness they’d “like to have” rather than being the driving principle behind the very creation of this country.

And some long-ago chair-warmer in goobermint actually thought it would be a good idea to hire this cretinous cur? SRSLY? Worse yet, nobody since—not even Trump—ever saw him for what he really is and righteously shitcanned his sorry ass? I repeat: the mind, it reels.

Looks like this video has been making the rounds.

Folks need to see it.

It makes it abundantly clear why “the vax” won’t & can’t ever work. Fauci, the CDC, & everyone else pushing this vax, the lockdowns, & the masks are outright liars & frauds (not to mention criminals!). They’re pushing an agenda that is very clearly & demonstrably counterfactual & counter-science. The research proves that, & Dr. Dan Stock spells it out clear as day.

The six minute video is concise & to the point. I haven’t seen anyone put it into such clearly understandable terms until now.

Say it with me again kids, Nuremberg.

In the link below, a 4 Part Presentation From Dr. Dan Stock where he goes into more detail including, among other things, explaining specifically how & why the financial incentives work to fuel & continue this farcical crime against humanity (my words, not his):

There are also links to all of the research he references.

[…]      Government mandates? Accept the “vaccine” or be forever unemployable? Really, “Dr.” Fauci? For that verdict, I shall yield the floor to Mike Hendrix: […]

They would have tarred and feathered him and rode him out of town on a rail in a bygone time. Of they didn’t just draw and quarter him or hang him. Or both.

Why is this little son of a bitch still walking the Earth?

He’s a Made Man in the National Mafia.

It takes a sick fuck to harm any dog, and fauci, a poisonous dwarf, is a sick fuck along with anyone else that participated in the deliberate cruelty to dogs:

The poisonous dwarf deserves nothing less than weeks of pain. 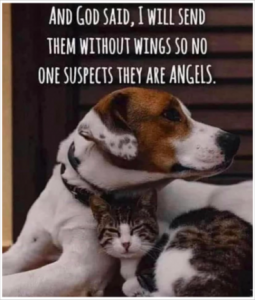 Last edited 5 months ago by Barry
4

This is NOT okay – FOR GOD AND COUNTRY

Ahh, the High Priest of the Leftist Cult.