Things that make you go “Hmmm.”

Interestinger and interestinger, no? At this point, it looks like we’re well into the “fog of war” phase of developments, after which the truth of the thing probably never will be generally known. Via our good friend Wes.

Update! TL pokes around in the still-smoking ashes of American life for possible motives.

As much as I try, I’m finding it much more difficult to maintain the tone of civility when such evil is being done to our nation. There was an attack on a substation in North Carolina that caused the outage of electricity for up to 40,000 homes, or people one or the other. Immediately the MSM called it an act of terrorism and pinned it on some anti-gay activist. I’m sorry, that just doesn’t wash, not one bit.

First, when they, the communist governors or regulatory bullies, shut down electricity to huge swaths of the population, brownouts or blackouts, they’re cheered for their civic-mindedness in an effort to save the planet. Despite the fact that the planet is in no danger from the natural creation of plant food (CO2). One might as well identify oxygen (O2) as a deadly gas and seek the elimination of it, because, when you remove the CO2 (plant food) and they starve and stop making O2, (human food) you are effectively eliminating the source of oxygen. Morons. (see, my civility is slipping)

Fifth, I don’t doubt that the attack on the substation could be considered a terrorist attack for which the guilty should face, at least the same or a marginally lesser charge that those who took over a whole city block in Seattle, Washington while all manner of murders, sexual assaults and robberies took place; a part of downtown Portland and set fire to a church and other things in Washington, DC.

Finally, there is a price to pay for fraud, always. It might not be immediate, or just, but eventually, when you knock out the underpinnings of legal, organized society with illegality run amok on just one political side without recourse, indictment or penalty, it naturally makes the people in general feel oppressed and targeted, even though they are largely unaffiliated with one political view or another. In their non-protected status, i.e., neither left, nor right, they feel the yoke of political machinations beyond their control and lash out. This will happen more often and to a greater degree as long as this obvious acceptance of illegality persists.

The left wants to point at the right and say “see, we knew they were violent,” but their violence toward society has been evident for a long time. The riots during 2020 brought out two particular point-in-fact events, the Kyle Rittenhouse shooting and the lawyer couple brandishing weapons against a mob. Both had sympathies toward the cause of injustice to minorities, but were there to defend themselves. It ceases to be political when one feels personally threatened and this is what the overwhelming lawlessness of the Biden years has caused in the general public.

But they’re also the ones who run everything, build everything, distribute everything, own everything and pay taxes on everything. When some naïve or narcissistic government attempts to control them, they will see resistance on a scale and in a way they will not be able to control, label or demonize, that’s when the next round of illegality is permitted with an “I didn’t see any criminal activity” excuse. When that faction of the public turns against the tyrants, there will be nowhere to hide and as the government tries to “crack down” on them, they will experience the physics of continually compressing a balloon. Eventually, it blows up. It’s the one who attempts to compress the balloon that causes the eruption, not the balloon.

Yup. They’re doing the same thing they always do: sowing the seeds of their own destruction, and they’re either too stupid to know it, or too secure in their own arrogance to care.

Is that code for antifa? Actually communists rather than white supremacists?

My money is on Green Eco Terrorists. Who else wants to prevent everyone from having heat and electricity for their homes?

That’s just off the top of my head.

Lots of overlap between the two of you there.

🙂
I think there is quite a bit of overlap within Steve’s 3 groups as well. 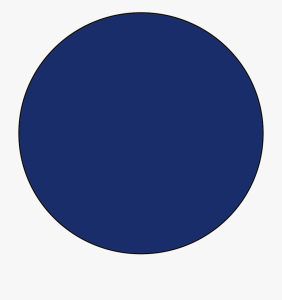 Best I can tell, the power has been completely restored as of Wed or Thursday night.

Searching I’m not finding confirmation of that, but I find plenty of references to the poor tranny show that was impacted. At this point I consider that a feature.