It was a masterful tour de force for “President” Grampy Gropey today in his much-anticipated face-off with soulless Russian murderer Vlad “The Impaler” Putin. Grampy certainly exceeded all expectations with a truly stellar performance; even white supremacist Trump cultists were forced to acknowledge that our Dear Leader—inarguably the greatest “President” since Jefferson, if not before—had Pooty-Poot in the palm of his hand from the word go. After mopping the floor with the overmatched Russian despot, Grampy summed up his smashing victory in a few well-considered words:

Well, I walked in, sat down, and simply told him in plain language how things were going to be from now on. He didn’t have a lot say to that, seemed a little resentful about having the law laid down to him that way. So right quick, before that asshole could jump salty with me, I whipped out the straight razor in my boot that I never leave home without and waved it in his face. Son of a bitch if old Cornpop didn’t back down right away! I don’t care if you people believe me or not, that really is the way it all went down.

Hey, has anybody seen my shoes? Where the hell are my shoes? Jill! JILLLLL!! I can’t find my shoes, and these people are starting to…OOOO! ALL THE PRETTY COLORS!!!

Easy there, Grampy; just ease on down there, bud. It’s gonna be allllll right.

In light of all this, Tonight’s Tune Damage selection ought to be obvious:

Another, by way of explaining where it was that Senile “President” Gropey actually believed himself to be during the farcical sit-down with Cornpo…uhh, Putin.

Everyone is helpful, everyone is kind. Plus, on Wednesdays we get fruit cups.

Closing American pipelines while opening Russian ones is anything but putting American interests above Putin's. https://t.co/W8HqCITSJt

Remind me: was Bill Kristol always this bugfuck-loony, or is this some kind of new low for the despicable shitheel? Not that anybody cares anymore what he might spew on any given day, nor should they. But, I mean, seriously: who on earth does the guy think he’s kidding with this droolcase bilge, anyway?

President Joe Biden said Wednesday he gave Russian President Vladimir Putin a list of places he considered critical infrastructure in the United States, warning Russians not to attack them.

“I gave them a list. If I’m not mistaken, I don’t have it in front of me, 16 specific entities,” Biden said. “Sixteen defined as critical infrastructure under U.S. policy from the energy sector to our water systems.”

So, a list of fat, juicy targets, then. Moron.

Biden spoke about his list for Putin during a press conference with reporters after his summit with the Russian president.

He warned Russia that the listed critical infrastructure in the United States was “off-limits” in future attacks.

“I talked about the proposition that certain critical infrastructures should be off-limits to attack. Period,” he said. “By cyber or any other means.”

Another problem I have with this is the tacit admission that attacks against everything NOT on the aforementioned list would be permissible. So in effect, what Gropey just did was present Putin with two quite useful things: a Take Down First list, and a No Harm, No Foul list.

Ever since Joe Biden was installed into the White House, I’ve waffled back and forth between believing his administration is made up of incompetent morons and thinking they’re actually pretty smart and engaging flawlessly in their efforts to destroy America. Their latest move may be the biggest headscratcher in the history of White House headscratchers, and that’s saying a lot following Obama, the Bushes, and Carter.

Another fine occasion to embrace the healing power of “and.” There’s no contradiction whatsoever here, after all. Consider: they’re inarguably doing a most capable, thorough job destroying what little was left of America That Was. But ATW was and still is the goose that lays the golden eggs for them; without the taxes Real Americans pay, without the wealth generated even yet by the battered remnants of semi-free-market capitalism, all their spendy schemes would die a-borning. So how smart could destroying all that really be?

It may be the ultimate display of weakness to tell one of our greatest adversaries that it’s okay to commit cybercrimes against the vast majority of America’s infrastructure, but we’re going to take it personally if they hit any of these 16. It’s like telling a bully not to hit you in the nose right before they beat the tar out of you.

Most in conservative media (including me) focused on his odd exchange with reporters after, but the content of the discussion he had with Putin ahead of time is the real story. I know in his own mind (or whoever is doing the thinking for him today) he thought he was being strong by threatening to retaliate harshly over certain pieces of infrastructure being hit, but a real leader would say any cyberattacks that harm Americans will be met with an asymmetric response. That’s how we used to do it in the old days and it worked.

Oh, the Biden/Left approach is working too, all too well. You just have to Get Woke to what the real goal is, and what it is not. Their definition of “work” is nothing like ours, that’s all.

As I watched Putin during the “summit” in front of the “media” I asked my wife, “Putin seems to be judging how totally pathetic this guy is”.

After a minute of laughing she said to me “I think Putin is thinking about getting up, walking over and beating Biteme to death and hey, who’s going to stop me?”

My response was “Wouldn’t the people of America want to give him a medal if Putin did that? Perhaps the Medal of Freedom?”

🙂 I’m all for a special award…

It is an interesting thought exercise to try to see the events of the last year or so from Putin’s POV. How he keeps from laughing himself into a seizure multiple times a week is a mystery. 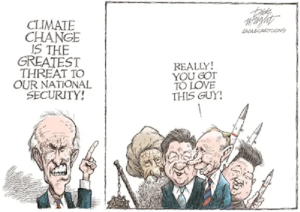 “was Bill Kristol always this bugfuck-loony…”

Well, yes. He did hide it a bit better pre-Trump, but he’s always been a corrupt money grubbing anti-American POS.

Remind me: was Bill Kristol always this bugfuck-loony, or is this some kind of new low for the despicable shitheel?

He’s middlin’ bright, and doesn’t exhibit any other signs of lunacy, so my hypothesis is that someone’s “got him by the wallet.” I’d imagine that’s the case for a lot of NeverTrumpers.

Sure, the neverTrumpers are defined well by $$$ signs. There “conservatism”, what little they actually pretended to possess, was always about parting people with their money. Kristol is the perfect example, a fat slug whose mask has dropped for all to see. Their political affiliation is quite simple, it’s lies where the money and power are. 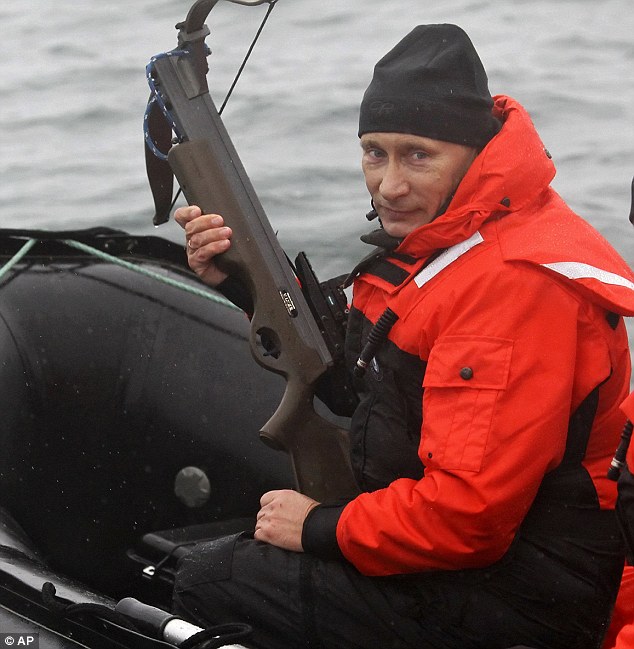 After the latest encounter, he probably went shopping for appliances, knowing he was going to need the extra freezer space.