Two that of right ought to be stunning beyond all belief, but actually…aren’t. First up:

Twitter’s chutzpah in dealing with the Nigerians speaks volumes about how it views itself on the global stage.

Openly attacking a nation’s head of state shows that Jack Dorsey views himself as the kingmaker of communications—not just in the United States, but worldwide. Jack Dorsey gets to decide who says what, and when, in the modern-day public square. That’s a hell of an ego for a grown man who wears a nose ring.

Meddling in the affairs of a sovereign nation is no small deal. It’s the type of provocation that, if carried out by another country against Nigeria, could be considered an attack on Nigeria’s sovereignty, or even a declaration of war.

But it also appears to be a fantastic litmus test for public corruption.

If Dorsey is pushing you around, you are either weak, compromised, or both. (In the case of our Republican Party, it’s both). \

For example, Twitter is also banned in China. With the exception of a few high-ranking Chinese Communist Party leaders and state propaganda outlets, nobody in the country of more than 1 billion people can use it. In other words, Nigeria and China now share the same position on Twitter.

But you won’t catch Jack Dorsey taking swipes at Chinese President Xi Jinping. He’ll never vow to allow access to his platform to Chinese citizens. He would be barking up the wrong tree. China is a serious country with a serious government that fiercely protects itself from foreign influence by the likes of Dorsey. China is indeed an authoritarian country, and it may be a bad place to live. But it doesn’t answer to international corporations, because international corporations might not have China’s best interest in mind.

In countries such as Saudi Arabia and the United Arab Emirates, both American allies, Twitter is heavily restricted. Those countries are also serious about enforcing their own laws and protecting their own sovereignty. They, like China, are not particularly agreeable places for politicians to engage in backdoor deals. Their governments, which have strict rules against libel and blasphemy, have the ability to control access to the site. They prosecute people who use the site to break their laws. Jack Dorsey doesn’t advocate an #OpenInternet in those countries. In fact, rather richly, Saudi Prince Al Waleed bin Talal reportedly owns more of Twitter than Dorsey himself.

Compare that to the United States, which (allegedly) has laws too. I’m not saying that China, or Saudi Arabia, or the United Arab Emirates are better places to live than the United States. In fact, our laws, as opposed to those of the aforementioned repressive regimes, let us express ourselves freely, almost without restriction.

But the United States is also a deeply corrupt country. Our leaders do not care about our laws—not even the First Amendment, perhaps our most precious law. In America, the people in charge can’t stand up to Jack Dorsey because he runs the show here. A great many politicians are beholden to him. He has bought and paid for them twice over. He has bribed them into submission under the guise of “lobbying” and PAC contributions to their election campaigns.

Nigeria, a Third World country, is actually less corrupted by the influence of Big Tech than the United States.

D’Abrosca’s closing blast of right ought to be embarrassing beyond all belief to the Vichy GOPe, but actually…won’t. That’s Number One. I can’t quite decide if Numero Dos is more aggravating, or more amusing.

Fauci Triggered: ‘If You’re Trying to Get at Me…You’re Really Attacking, Not Only Dr. Anthony Fauci, You’re Attacking Science’

Heh. “Fauci Triggered.” Okay, gotta go with “more amusing” on this one, I do believe.

No one is allowed to criticize Dr. Fauci, according to Dr. Fauci.

Fauci was visibly irritated during his appearance on MSNBC with host Chuck Todd on Wednesday.

Dr. Fauci received major backlash from Republicans and the conservative media after his emails showed he’s a liar and complete fraud.

Since his emails became public, Fauci has used his friends in the liberal media to help shield him from criticism.

Now he’s lashing out at Republicans for calling him out on his lies.

“If you are trying to get at me as a public health official and a scientist, you’re really attacking, not only Dr. Anthony Fauci, you are attacking science,” Fauci said.

For such a scrawny, slope-shouldered little dweeby, he sure does have himself a hefty pair of solid-brass ones swingin’, don’t he? Apparently, the folks at the Bee are thinking along somewhat similar lines, graciously providing Herr Doktor with a masculinizing makeover free of charge.

‘I Don’t Study Science, I AM The Science,’ Growls Grizzled, Bald Dr. Fauci To Reporters 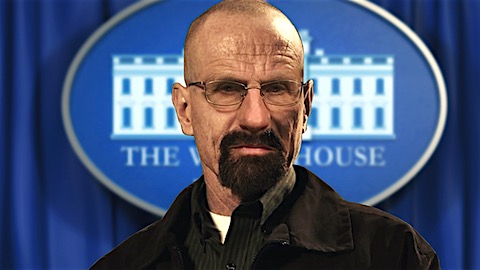 WASHINGTON, D.C.—Dr. Fauci went off on reporters this week in a press conference after being questioned on all the positions he has flip-flopped on over the last year.

“Did you make a mistake, Dr. Fauci?” asked one reporter. “Maybe you just made a mistake in the science. That happens sometimes, right?”
Fauci, who was now sporting a goatee and shaved head, narrowed his eyes and growled at the reporters.

“Who are you talking to right now? Who is it you think you see? Do you know how much I make in a year? Even if I told you, you wouldn’t believe it! Do you know what would happen if I suddenly decided to stop going in to work? A network of laboratories big enough to be listed on the NASDAQ goes belly up. No, you CLEARLY don’t know who you’re talking to here,” yelled Fauci angrily.

The reporters just sat there in stunned silence.

If All You See… » Pirate's Cove

[…] blog of the day is Cold Fury, with a post on the incredible arrogance of our self-proclaimed […]

Fauci is a perfect example of the left’s mantra (“the personal is political”) carried to its end point. Attacking him is the same as attacking his ideology, and vice versa. That is why leftists shriek and scream at any opposition — they see it not as an intellectual argument but as a personal attack on themselves and their very identity. And like all zealots, challenging their faith makes you a heretic to be destroyed.