If you don’t believe it, just ask ’em.

A number of women have come forth asserting they would prefer to keep wearing masks, even after the general public has discarded them, with some of the women offering explanations such as a mask functions as an “invisibility cloak” or acts “almost like taking away the male gaze.”

Fine by me; keep wearing the filthy, dehumanizing things then. I don’t give a shit what you do. Which, as usual and as always, is the primary difference between live-and-let-live types like moi, and fascist-busybody types like vous.

The women who preferred keeping masks were interviewed by The Guardian, which reported some of these comments:

“I don’t want to feel the pressure of smiling at people to make sure everyone knows I’m ‘friendly’ and ‘likable.’ It’s almost like taking away the male gaze. There’s freedom in taking that power back.”

“Maybe it’s because I’m a New Yorker or maybe it’s because I always feel like I have to present my best self to the world, but it has been such a relief to feel anonymous. It’s like having a force field around me that says ‘don’t see me.’”

“I appreciated that I felt a bit more anonymous in a mask and more gender ambiguous. After lockdown ended, it was confronting to go out and be exposed to all that offhand racism, sexism and misgendering from strangers again … Sometimes when I’m just going out to grab takeaway, I’ve enjoyed keeping the mask on even though it’s not really necessary here now.”

“I just stare at that little box with my face in it and pick apart my appearance. My double chin seems six times larger, my eye bags are too deep of a purple, etc … Even when there’s a heatwave and my apartment is close to 90 degrees, I’ll wear a turtleneck that I can pull up. I pack on thick makeup that makes my skin peel. I 10,000% plan on wearing it for the foreseeable future. After a full work day of worrying and not being able to focus on my actual job, it just feels nice to blend in. Simply put, I’m sick of being perceived.”

AWW yeah, these are some mentally strong, healthy, well-adjusted females talkin’. Real role models, the lot of ’em, good examples for the rest of us to idolize and to emulate. Worthy of admiration, the kind of even-keeled, unflappable, just plain solid people that are pretty much the glue holding any functioning society together. We lesser mortals can only look up to such Olympians in awe.

Far from the empowerment the Women’s Movement always claimed it sought, the piteous mewling of wretches so thoroughly debilitated they actually quake in abject terror over the prospect of exposing their uncovered faces to “the male gaze” again suggests that sixty years worth of immersion in the toxic brew of “feminist” cant has resulted in something altogether else. Veronica Hayes, for her part, refuses to call a spade a shovel.

How pathetic. This poor woman would prefer to live in a sterile, faceless world so as to avoid some potential discomfort (or making an effort). That is not freedom. This woman’s dependency on the mask displays weakness, insecurity, and is a willful self-subjugation. Additionally, it attaches blame to men for simply existing in the public arena as it assumes every look holds malicious intent.

Why not a hijab? Why not go all out and wear a full burqa? Or get thee to a nunnery. Covering up for modesty’s sake is a worthwhile endeavor, but concealing one’s visage out of spite against men?

Most of these tremulous twats would be okay with the burqa, if the puzzling Progtard alliance-of-convenience with jihadists is any indication. But no, a nunnery just wouldn’t DO. Nunneries tend to be full of those icky, ooky Christians, and that ain’t acceptable.

The mask as a feminist power symbol is both cringey and counter-intuitive. Women should be celebrating their beauty and femininity rather than feel compelled to cover up out of misplaced fear/hatred for men.

Some women should be, but that would NOT include the Leftard ones. From what I’ve seen of them over the years, I would greater prefer they stick with masking up, myself. Indefinitely. I would consider it a real boon, and would be most grateful to the Progfem community if they just went ahead and made it a permanent thing.

Masks are at once dehumanizing and coddling. Persistent mask-wearing even without the presence of health risk is indulging fragile, poorly-adjusted individuals to remain so. The dependency of those who are not eagerly awaiting the unmasking of America is irrational. Personal insecurities are preventing people from surrendering the mask as well as addressing and overcoming internal issues which create this reliance. Mask-wearing is fostering a sense of general distrust between and among individuals, and in this case, is being used by feminists as another way to demonize men.

Can’t for the life of me figure out exactly when it was that frailty, neurosis, and an utter inability to cope with even the most trifling of life’s discomforts and annoyances became things to celebrate and indulge, rather than sad markers of personal weakness and inadequacy—character defects that most of those afflicted would go to some length to keep their embarrassing condition private.

I suggest suicide. We’ll all be better off.

Would upvote a hundred times if I could.

Apparently the thought that caring so very, very much about what random strangers think of you might be toxic has never crossed these people’s minds. I consider myself incredibly fortunate to have had solid, sensible, old-fashioned parents who taught me things like the importance of (proper, internally-based on actual achievement) self esteem and how to resist peer pressure. These bleating sheep live their entire lives watching the rest of the sheep for their next cue. What a pathetic way to live…if you consider that living.

The comparison to the hijab and burqa are spot on. I have been expecting the radical feminazis to come out with a case for how wearing a burqa is “empowering” for a while now, and this is a sizable step in that direction.

Stay locked in your basement on a rack wearing a black head covering and ball gag for all I care. Just leave me alone.

I think we should protect all women from the male gaze: Here’s my mask suggestion.

Edit: Never mind. I tried to post a pic of some bints in full burka drag, but I couldn’t make it happen. 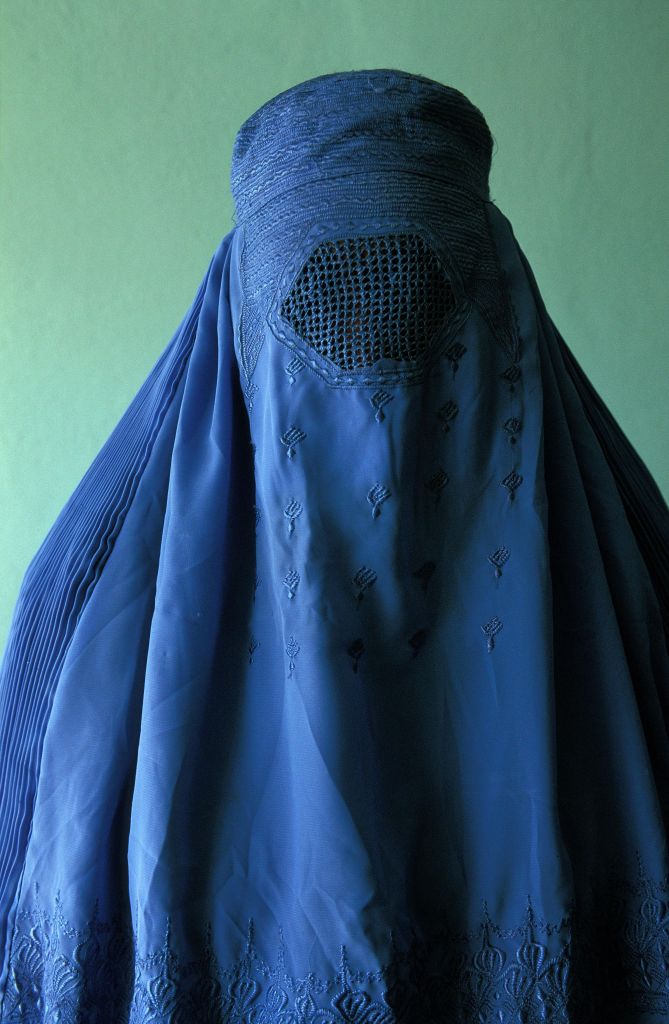 But these gals will probably go with this: 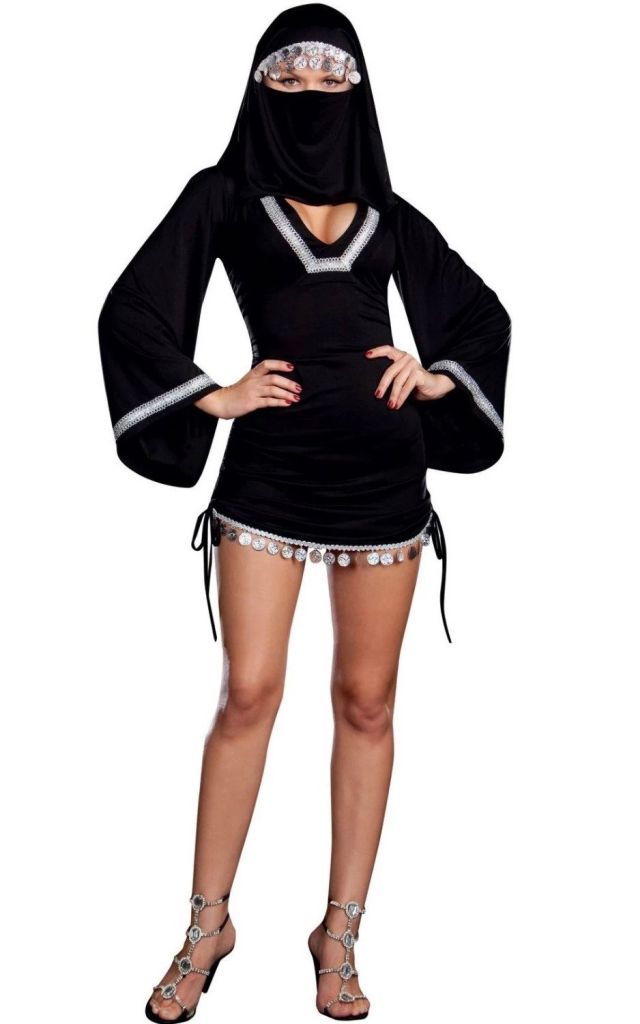 So they can get all of the benefits of the mask while still being able to bitch about the sexist toxic male gaze.