Jeez O Pete, what the hell is WITH these degenerates, anyway?

EXCLUSIVE: Hunter Biden was living with his brother Beau’s widow Hallie while sending raunchy texts and FaceTiming in the shower with her married SISTER as they declared their love and she called him her ‘prince’


Hunter Biden had a controversial affair with his brother Beau’s grieving widow Hallie, while exchanging raunchy texts, ‘partying’, and even renting a house with her sister, DailyMail.com can exclusively reveal.

Hallie Biden’s older sister, Elizabeth Secundy, who was recently separated from her husband of 15 years, referred to Hunter as her ‘prince’ and told him she loved him, in a series of text messages dating back to 2016.

The pair’s relationship was revealed in files and emails recovered from Hunter’s laptop – the contents of which became public last year after it was abandoned at a Delaware computer shop.

While Hunter has promised to reveal details of his personal life and struggles with alcohol and drugs in his upcoming memoir, Beautiful Things, it is unclear whether Hunter has included details of his relationship with Secundy.

The embattled father-of-five, now 51, split with his first wife Kathleen in 2015. When his brother Beau died of brain cancer that year, he became close to his grieving sister-in-law.

He and Hallie became a couple in 2016, according to an interview Hunter gave to the New Yorker two years ago.

According to Ace, that’s revealed to be a damnable lie a few paragraphs on down, but as this article was even more disgusting than the one I complained about below I didn’t finish it either. Regardless, in light of their amorality; their shameless self-indulgence; and a complete inability to rein in their warped and self-destructive sexual gluttony, it’s all too apparent that there’s something profoundly haywire in America’s professional-politician class. With few exceptions, these irredeemable rotters are without question the lowest-order scoundrels in all existence. No decent, sensible person would trust them to be left alone with the family dog for five minutes.

Yet they’re running the goddamned country. Even so, as disgusting as these people are, it comes as no big surprise. Perhaps ubiquity has reduced this stuff to mere routine, stripping Ruling Class japery of its ability to shock. None but an American ProPol or his witless, pampered spawn could be so predictable, so insipid, so flavorless and banal as to be capable of making sin, sleaze, and sexual transgression seem uninteresting.

This next one, on the other hand, I absolutely LOVE.

The Chinese government forcibly anally swabbed U.S. diplomatic officials as part of the Chinese Communist Party’s new Covid testing protocols “in error,” prompting Joe Biden’s U.S. State Department to  beg China to stop violating the “dignity” of Biden officials.
VICE and the Washington Post were among the first outlets to report the story, in which China originally promised to stop anally swabbing State Department officials after complaints from the Biden administration, but has now reversed course and denied forcibly applying the test in the first place.

“The State Department never agreed to this kind of testing and protested directly to the Ministry of Foreign Affairs when we learned that some staff were subject to it,” a spokesperson from Biden’s State Department reported to VICE on Wednesday.

Hell yeah, all Bai-Ding junta officials and appointees should be forced to get ’em, I say. On the regular. Six days a week, and twice on Sundays.

Taken together, this all counts as proof positive that both our domestic masters and the ChiComs who own them alike are all just laughing themselves sick at this point, in incredulous amazement at the degree of abuse the American serf class will passively submit to. After “temporary” lockdowns; mask mandates; the ruination of entire industries; travel restrictions; the closing of churches; curfews; &c &c &c, they’re probably stumped for ideas on what outrage might be tried on us next.

Below the fold, an actual photo of one of these butt-buster “testing” swabs, which is no way no how safe for work. Or for children. Or the elderly. Or the faint of heart. Probably best not to click on the thing at all, actually. Seriously, don’t do it. Really, now.

Okay then, but don’t say I didn’t warn ya. 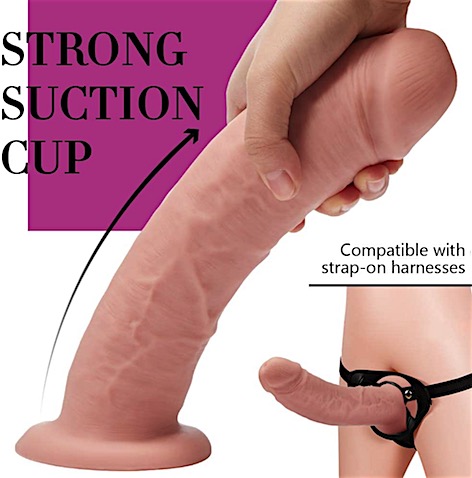 The whole biden extended family are insane. It would be a complete shock to discover a sane one in that bunch. Remember, H. biden was doing a niece at the same time…

Delaware. One of the most corrupt sates in the country at one time, not sure if they kept up with the NYC’s or California/Philadelphia/etc.

Or Ratlanta, for that matter. Or the Windy Shitty…

There is no shortage of places to compete for the “worst of the worse”.

Jeez O Pete, what the hell is WITH these degenerates, anyway?