The Cranberries have always been one my favorite bands, much though that might seem to clash with some of my other, umm, known proclivities. Fronted by the late, lamented, and completely lovely Dolores O’Riordan, they were one of those bands whose sound was so distinctive that you always recognized any song of theirs within only a handful of bars. About Dolores:

Dolores Mary Eileen O’Riordan (/oʊˈrɪərdən/; 6 September 1971 – 15 January 2018) was an Irish musician, singer, and songwriter. She was best known as the lead vocalist and lyricist for the alternative rock band the Cranberries. O’Riordan was one of the most recognizable female voices in rock in the 1990s and in pop history. She was known for her lilting mezzo-soprano voice,[5] her signature yodel, her emphasised use of keening, and her strong Limerick accent. With the Cranberries, she is regarded to have written “some of the most seminal songs in music history”.

O’Riordan was singing before she could talk. When she was five years of age, the principal of her school took her into the sixth class, sat her on the teacher’s desk, and told her to sing for the twelve-year-old students in the class. She started with traditional Irish music and playing the Irish tin whistle when she went to school. When she was seven years old, her sister accidentally burned the house down; the rural community was able to raise funds to purchase the family a new homestead. Her formative experiences were as a liturgical soloist in the choir in local church and as singer at school. From the age of eight, she was sexually abused for four years by a person whom she trusted. At the age of ten, she would sing in local pubs where her uncles took her.

All that, and it only brings us up to age ten. Oh, did I mention she was quite the fair Colleen? Because I assure you, she was. 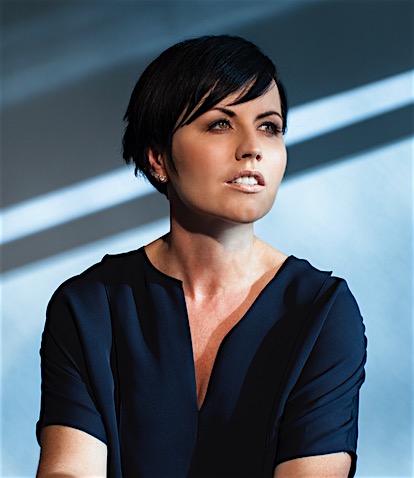 Not that an abundance of personal pulchritude matters much when you can belt it out like she could.

Those last two are my own personal Best Of’s, but the real reason I thought of mentioning all this tonight relates to the first one. See, on the drive home from work earlier I heard Bad Wolves’ regrettable remake of Zombie. Not that they made such a terrible job of it, mind. In fact, to their enormous credit, the vid for the Bad Wolves version is quite tasteful, nicely highlighting the band’s obvious respect and affection for Dolores and the Cranberries. Nonetheless: some songs are just better left alone, y’know? Sleeping dogs, all that jazz.

Which brings Five Finger Death Punch to mind. From what I can gather, 5FDP seems to be big on the remakes as well, unfortunately including another perennial fave of mine: Bad Company’s signature tune. Please understand, I have nothing whatsoever against 5FDP and wish them nothing but success. Nor am I opposed to cover songs per se, having recorded a whole passel of ’em over the years my own self, offering neither shame nor apology for having thus sinned. Just the same: sorry fellas, but some things simply can’t be improved upon, and it’s sheer folly to even try.

Oh, and while we’re at it, I will never begin to understand why Bad Wolves didn’t name themselves The Big Bad Wolves when they had the chance. Redoing Zombie I can maybe make allowances for, but that lapse? Unforgivable.

As I have mentioned in the past, saying I’m not musically inclined is an understatement.

Thanks for the introduction, she really has a wonderful voice. I may not be musically inclined but I do like a certain music type and it seems to have a key component, a female vocalist.