Somehow, being Cool blew up in America’s face. Cool became cringe, and cringe is everywhere you look.

That goes hand in hand with the Land Of The Free having slowly become the Home Of The Cowed—a sad, sorry transition that had the cherry put on top of it this past summer.

Legend, or CIA-funded propaganda, tells us the exact moment that Nikita Khrushchev knew the USSR was finished. It was 1959, and the Soviet premier was jetting out from LA as the sun dropped into the Pacific. Window-adjacent, thousands of feet up, Niki looked down, and there it was: American superabundance. Villa after villa after villa, each with its backyard swimming pool and its own gleaming Chevrolet Bel Air convertible, rolling into a cavernous garage. Our comrade was flattened — how many five-year plans would it take to have comforts like this? Game over, man.

On the margins of this civilization which Khrushchev envied, a diffuse set of heretics, misfits, pariahs, outcasts and hipsters of all ethnicities invented American Cool. Embryonic in the Jazz Age, clumsily developed by the Beats, accidentally incarnate in Elvis and studiously incarnate in Miles Davis, Cool was everywhere, even official, by the early years of the Sixties. It was an ironic attitude, a nonchalant pose, a controlled pout. Largely but not solely a male attribute, Cool was the armor plate worn by JFK and Steve McQueen, Roy Lichtenstein and Andy Warhol, Sidney Poitier and Saul Bellow. By the end of the decade it was seethingly and suddenly teenaged. Cool went mad. Waiting for a rain of hydrogen bombs to close the human era, terrified by the Draft, the privileged children of that American super-abundance embraced sex, drugs, rock and rebellion.

The baby boomers’ struggle against all received wisdom summoned Godzilla-strength antagonists like John Wayne, William F. Buckley and Allan Bloom, each with his own charisma to burn. Depth, cosmic ambition, danger, juice, rigor — American culture was fulfilling its promise. ‘Let us boldly condemn all imitation,’ Herman Melville wrote in 1850, ‘and foster all originality.’ Well, here it was at last. The whole world, as the radicals of the time liked to say, was watching.

America’s cultural machinery jammed in the late Sixties. In the decades that followed, Cool burned itself out in the Culture Wars. This agonizing and often illusory conflict is many things. Cool is not one of them. Before it sprouted liver spots, the Culture War was at least capable of the odd vital explosion. Witness Town Bloody Hall (1979): witness Norman Mailer (in 1971), fresh from writing an essay on the sex war he described as ‘the most important single intellectual event of the last four years’, as he bluffs, batters, bristles and flirts his way through an electric two-hour debate with hardcore gynocrats Germaine Greer, Diana Trilling, Susan Sontag and Jill Johnston. ‘You are all singularly without wit,’ Mailer snarls, while the libbers hiss. It’s pure theater. The sexual chemistry between Mailer and Greer could have powered USS Gerald R. Ford.

How does the sex war play out today? Agonizingly, like all Culture War battles. Take Cardi B and her porno-rap single ‘WAP’ (the initials stand for ‘Wet-Ass Pussy’). Released in August, it rapidly became the most streamed and most watched single in Billboard 100 history. Miss B, who is shaped like five Hindenburgs stuffed into a fat suit, was the focus of much try-hard celebratory commentary by the femo-hacks who staff so many of our Republic’s prestige publications. Who would defend virtue, propriety and what Roman rapper Cicero called the summum bonum against this delirious filth?

Ben Shapiro, knight-at-arms, that’s who. Seeing the opportunity to start yet another pointless moral fracas, Shapiro devoted a fussy podcast segment to Ms B’s lyrics, which range from the drolly risqué to the uncomfortably gynecological. Shapiro, whose wife is a doctor, suggested that Ms B and her fellow lyricist Megan Thee Stallion bragging about requiring ‘bucket and mop’ for their ‘pussies’ suggested they required urgent medical attention. Ho, ho, ho! Gleefully, thousands upon thousands of Twitter accounts then suggested that Shapiro had never aroused any women, anywhere, poor Mrs Shapiro included.

There was, unfortunately, more. A few weeks later, Ms B, whose entire shtick is boasting about her sexual prowess, was humiliated in turn by the public collapse of her marriage to the rapper Offset. It seemed he’d been bucket-and-mopping behind her back for years. By the end, every participant in this toe-curling saga was diminished, smaller than before. That’s the Culture of Cringe in miniature.

Inexplicably, in a sprawling examination of America’s long-dominant Culture Of Cool and its reduction to nothing but a limp, wispy caricature of its former robust self, the author fails to mention Frank Sinatra even one time. Notwithstanding that bizarre omission, it’s still a pretty interesting read if you’re into that sort of thing. Which, we probably ALL ought to be a lot more “into that sort of thing” than we have been to date, given the demonstration we’re witnessing even now of just how critical the Culture Wars can be when it comes to the overall fate of the nation.

The irony is the messenger of Devo was Devo. The purveyors of uncool. 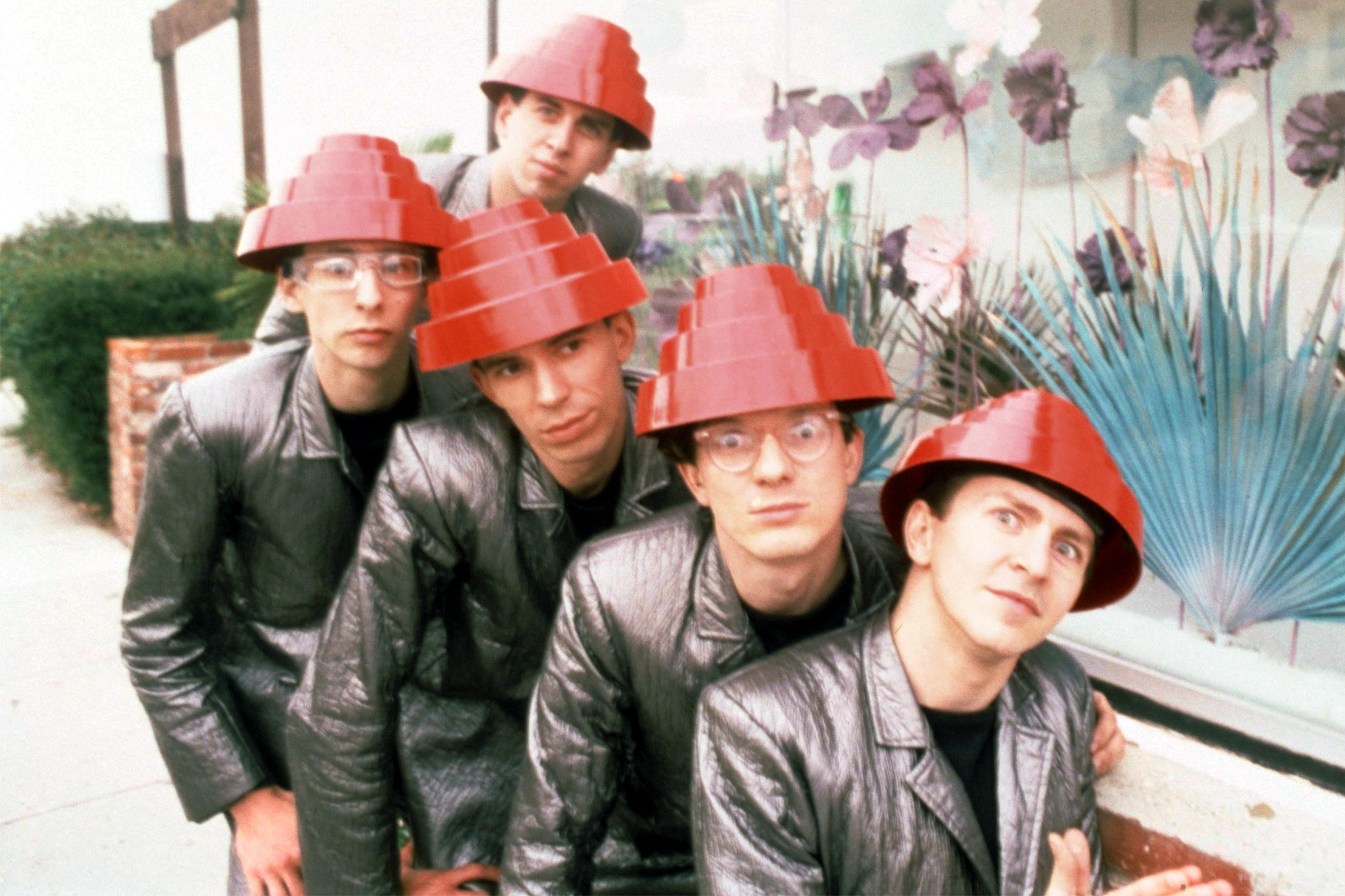 Still can’t get images to work