Are libtards living in an alternate reality? Or are they actually beings from another, more dismal planet?

Michelle Obama famously said, “When they go low, we go high.” She should have reminded her husband before he gave his speech for the online Democrat convention.

Thus, Obama boasted about how he and Joe saved America from Ebola, a disease that never left West Africa, and from H1N1, a disease that sickened 60 million Americans but that Obama ignored for half a year.

Obama extolled Obamacare, which passed thanks to lies so big that even leftists called him out. Tens of millions of Americans then lost their insurance.

Obama praised the work he did to end the recession, something that was the slowest, grimmest recovery in American history. It was Trump who put the economy on steroids by lowering taxes, cutting regulations, rewriting trade agreements, and weakening China’s hold on the economy.

Obama gloated about how he and Joe restored America’s standing in the world by standing with “democracy, not dictators.” Those not-dictators included Raúl Castro, Recep Erdoğan, the Muslim Brotherhood, China, and Putin (until Putin was turned into a weapon against Trump). And, of course, we cannot forget the Iranian mullahs whom Obama supported during the Green Revolution and to whom Obama sent billions in cash and a license to produce nuclear bombs.

Having self-praised, Obama contended that Trump was destroying democracy by using “the men and women of our military … as political props” deployed against those famous “peaceful protesters.” There’s a lot to unpack there. First, Obama left the military in the weakest condition it’s been since before WWII, as well as using it as a grand social justice experiment.

Second, was Obama referring to the peaceful protesters who destroyed 1,500 buildings in Minneapolis/St. Paul? The ones who, in Portland, beat random people, who almost killed a man, and who’ve spent 83 days battling law enforcement there? Or maybe he’s talking about CHAZ/CHOP? Who knows? Obama doesn’t. He’s just stirring the pot.

There was more, but it was boilerplate social democrat pap of the type you’ve heard repeatedly.

The Democrat Party has officially lost it. They promote a senile candidate for President then they claim a candidate who lost an election actually won.

Tonight the Democrats held a panel discussion with Democrat governors from states across the nation. In this panel they included Stacey Abrams.

Nope, no problems with anyone’s grasp on reality there, nosirreebob. But hey, what the hell, why not, right?

At least Senile Uncle Gropey’s acceptance speech was a refreshing dose of old-fashioned, plainspoken common-sense, as real as it gets. I made sure to catch a screencap of Slow Joe during the speech for y’all: 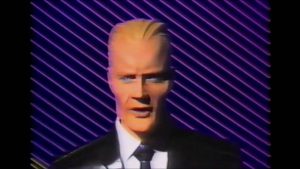 Hm. Now that you mention it, Gropey DOES look just a wee bit…off, there, doesn’t he? Oh well, I’m sure it’s just me.

Blastoff update! Let’s play a round of Who Said It, shall we?

There is surely no reason for Western civilization to have guilt trips laid on it by champions of cultures based on despotism, superstition, tribalism, and fanaticism. In this regard the Afrocentrists are especially absurd. The West needs no lectures on the superior virtue of those who sustained slavery until Western imperialism abolished it…who still keep women in subjection and cut off their clitorises, who carry out racial persecutions not only against Indians and other Asians but against fellow Africans from the wrong tribes, who show themselves either incapable of operating a democracy or ideologically hostile to the democratic idea, and who in their tyrannies and massacre, their Idi Amins and Boukassas, have stamped with utmost brutality on human rights.

Whatever the particular crimes of Europe, that continent is also the source—the unique source—of those liberating ideas of individual liberty, political democracy, the rule of law, human rights, and cultural freedom that constitute our most precious legacy and to which most of the world today aspires. These are European ideas, not Asian, nor African, nor Middle Eastern ideas, except by adoption.

Incredibly, in light of the delusional, 100 percent certifiable headcases they’ve all morphed into today, that’s staunch lifelong Democrat and Kennedy adviser Arthur Shlesinger talking, from back in 1991. Tal Bachman follows through:

So no, there’s nothing I want to hear any of these people say anymore, either at their convention or anywhere else. As far as I’m concerned, they belong on their own distant planet somewhere—Planet Chaz, perhaps—lightyears away from anyone who values sanity, decency, and actual civilization. And if we can take them at their word, they should appreciate the opportunity to travel as far as away as possible from the nation they hate so much (and the planet they keep telling us is overpopulated anyway).

And if it happens in the next week? I’ll miss the send-off while I’m out camping, but then, no worries: I’d be celebrating the rest of my life.

“those who sustained slavery until Western imperialism abolished it” –Arthur Shlesinger talking, from back in 1991

Unless there was a big change in the couple years before he said that, Shlesinger was a bit optimistic. Slavery was alive and well and practiced openly in Africa and I have no reason to think it isn’t practiced to this day.

Still practiced in Africa and the middle east.

Send them off in a rocket to the sun.