An open letter to Trump, from Sundance.

Thank you President Donald Trump, today I voted for you.

Thank you for providing me, us, my friends and family, an opportunity to vote for a person who relentlessly and tirelessly has worked for all of us.

Thank you (for) putting on that bullet-proof vest, working and campaigning on behalf of all Americans.

Thank you to First Lady Melania Trump for giving up the privacy of a very comfortable life to support you, help us, and represent our nation with class and impeccable distinction.

Long ago we accepted the geography of this battle. We knew the campaign and presidency was going to get ugly on many levels. You knew it too – yet, you did it anyway.

You have confronted a body of globalist political elites both at home and abroad. We know there are trillions of dollars at stake, and significant power over world events hanging in the balance. We knew you would be attacked. You knew it too – yet, you did it anyway.

As a nation we are not disconnected from fully comprehending the issues at hand. Most are fully aware of the fraud, scheme, manipulative lying and corrupt propaganda inbound from every entity who holds a vested interest in your elimination.

You knew that too – yet, you stepped-up anyway.

We fully understand the scope of media hatred perpetuating a fraud which is occurring on a grand scale. We are well versed in the machinations and schemes of the interests you have faced. We are aware and clear eyed to the hate expressed by your opposition. You knew that would come too – yet, you did it anyway.

We refined our understanding based on prior years of confrontation; essentially training ourselves amid the various battlefields controlled by the very powers established to see your removal. The swamp is vile. You knew that – yet, you did it anyway.

And should Trump somehow lose this thing, it will establish clearly that not merely an election but America That Was itself is indeed lost. In fact, it’s probably been gone for a good bit longer than some of us may have realized. Not that that realization, painful as it is, calls for a lapse into despair, mind. But it DOES strongly suggest the necessity of a redirection, a course correction, in terms of vision, ambition, and action.

In the end, no matter which way the election goes, it still comes down to the same thing. Really, it probably always will. 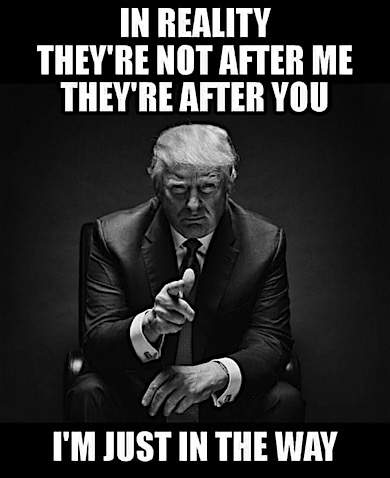 If Trump “loses” the election (I put “loses” in quotes because I in no way think he would lose a straight election), it’s his own damn fault.  Trump’s worst decisions have been his Cabinet level appointees – Jeff Sessions, Christopher Wray, James Comey, Bill Barr, etc.  Those are the positions who would have served as a backstop against the Swamp, and he filled them with Swamp creatures.  Personnel is policy.

I don’t think anyone saw the Sessions problem, so I’ll give him that one.

Please make your suggestions for those positions that can be confirmed by the senate.