You geezers like me will remember the forever-burning question of Beatles or Stones; you young ‘uns, if any, won’t. But Mick Jagger has just settled it for all of us. First, though, we’ll let Sir Paul (harrumph) get what licks he can in.

In an interview with Howard Stern on his Sirius-XM radio show last week, McCartney said “I love the Stones but The Beatles were better.”

“Their stuff is rooted in the blues, whereas we had a lot more influences. Keith [Richards] once said to me, ‘You were lucky man. You had four singers in your band. We got one.’”

McCartney, who sang and played bass and piano for the group, and wrote dozens of the group’s songs, said The Stones sometimes copied The Beatles. “We started to notice that whatever we did the Stones sort of did it shortly thereafter,” he said.

Well, okay then. Now do understand, I loved the early Beatles stuff, and I still do. I can just remember my dad getting me out of bed to watch their first Ed Sullivan appearance when I was all of four years old, and I was enthralled. In fact, it was only when the Beatles went off the pop rails into the mondo-weirdo psychedelic ditch that they lost me. But let’s see what Jagger has to say.

Appearing on  Zane Lowe’s Apple Music show on Friday, Jagger said there was “obviously no competition” between the two, adding about McCartney, “He is a sweetheart. I’m a politician.”

“The big difference, though, is that The Rolling Stones is a big concert band in other decades and other areas when The Beatles never even did an arena tour,” Jagger said. “They broke up before the touring business started for real… They did that [Shea] stadium gig [in 1965]. But the Stones went on.”

“We started stadium gigs in the 1970s and are still doing them now,” Jagger said. “That’s the real big difference between these two bands. One band is unbelievably luckily still playing in stadiums and then the other band doesn’t exist.”

Yeah, there’s that. Actually, I never have cared all that much for the Stones, although it’s basically less a question of who’s the better band than it is of whether you prefer rock to pop. Nonetheless, I do love me some Keef. And Charlie Watts still ranks as one of the greatest rock & roll drummers ever.

I may have mentioned before here that my beloved mother-in-law in NYC insisted on flying me and my late wife up to see the Stones on the Meadowlands date of their 2006 tour; neither Christiana nor I were very enthusiastic about the proposition, sharing an opinion of the Stones which could be summed up most pithily as: meh. But Xenia, who had seen the Stones their very first time in the States, stood firm. And BOY, was I glad she did. The show featured the Stones with the Uptown Horns, Chuck Leavell, and a whole slew of other top-flight guest artists as well. I admit it was truly one of the best shows I ever saw in my entire life.

Jagger in particular was a thing of wonder to behold. He ran—not walked or jogged, literally RAN—from one end of the huge stage to the other and back again…for more than two friggin’ hours. Nonstop. While, umm, “singing.” As I told the ladies, I couldn’t have done that shit when I was thirty, and he would have been, what, in his late 60s at the time? Incredible.

But longevity ain’t the only weight on the Stones’ side of the scale. Hate to get so personal and all, but with rock and roll royalty, this is the sort of thing that matters. This is who Paul married: 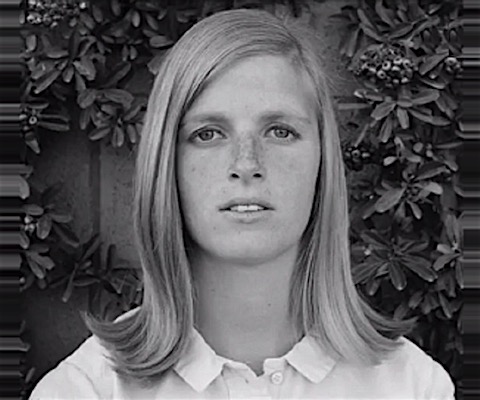 Just to be downright cruel about it, certain ungentlemanly scoundrels once referred to her as “the dog with Wings.” Ahem.

Now have yourself a gander at the one-time Mrs Mick: 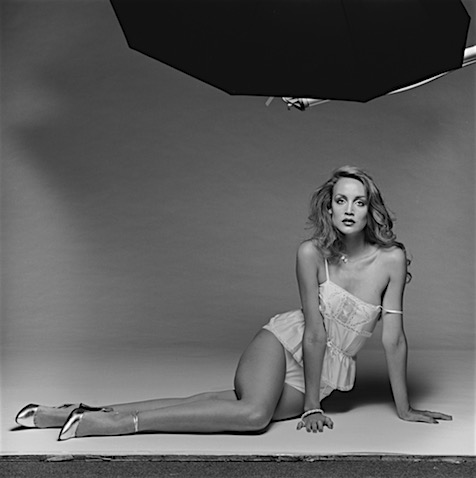 All things considered, though, the Beatles/Stones debate is made forever moot for me, nothing more than small potatoes, by a whole ‘nother, far more weighty consideration. See, even the Beatles and the Stones at one time or another hied themselves to Graceland to genuflect in justified awe and pay due obeisance to the once and forever King. And friends, there can only ever be just one.

There is the point that The Stones did a Beatles cover and the Beatles never did a Stones cover.
George married Patti Boyd.
McCartney continues to tour playing Beatles and Solo tunes. Plus I think he was the last of any of them to hit the Top 40.
I love Elvis though it can’t be compared. Elvis was a solo artist. The Stones never were for any of them, aside from a hit side project or two.
Aside from Paul the Beatles solo stuff was hit or miss and basically done by 1975.
Then there’s Chuck Berry. Singer, Songwriter, Musician, Performer and inspiration to about as many people as Elvis.
And both the Beatles and the Stones and the Beach Boys and so many more worshipped him.
I choose Chuck Berry.