Mechanic ‘Accidentally’ Fires Vulcan Cannon & Obliterates F-16 Sitting on the Runway
The F-16, hit by the cannon fire, caught fire and exploded having recently been refuelled and made ready for a training sortie due to take place later that day. Another aircraft received minor damage.

If anyone ever needed a reminder of the lethal dangers of working with live munitions, then a recent incident at Florennes Air Base in Belgium is the ultimate wake-up call.

It is thought a maintenance worker accidentally activated the six-barrel 20mm Vulcan M61A-1 cannon hitting another plane parked on the runway.

“You can’t help thinking of what a disaster this could have been,” he said. The area was secured and checked to ensure there was no further discharge of toxic substances.

They have pics of the smoking ruins, and they’re…gruesome. Naturally, the BAF brass SPRANG into action right away:

The Belgian Air Force was reluctant to discuss the cause of the incident until the full investigation had been completed but were quick to condemn Belgian newspaper De Standaard for an article for unfairly lampooning the Air Force for destroying one of its own aircraft.

“Unfairly”? A little history, which is always of interest to a geek like moi.

Two fighter squadrons, 1 Squadron, formed in 1917, and 350 Squadron formed in 1942 in Britain during World War Two, are based at Florennes.

The base was used by the German Luftwaffe during WWII up until its capture by the Allies in September 1944. Ju88, Bf110 night-fighters and Focke-Wulf Fw190 day-fighters were based at the airfield.

My fellow military-aviation buffs will be quite familiar with the hallowed P38, whose proud escutcheon is currently being disgraced by the F35 Lightning II. Amusingly, the less well-known Black Widow looks quite similar: 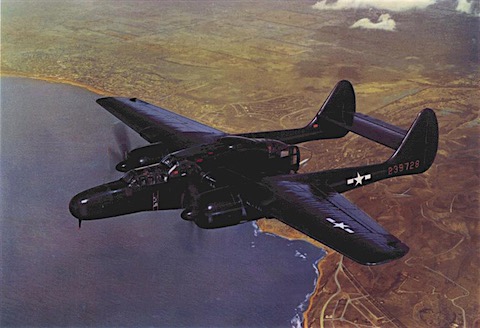 Back to the F16, which still gets my vote as one of the prettiest fighters ever built.

The F-16, Fighting Falcon was developed by General Dynamics for the US Air Force as a superiority day-fighter and proved to be a versatile all-weather aircraft.

It’s also proved to be capable of kicking the crap out of the F35 in a dogfight—a bit of an unfair comparison, maybe, since avoiding a dogfight altogether is kinda the whole point behind the F35’s overall design.

Via MisHum, who quips: “We’ve all had bad days at work, amirite? I don’t think your day was ever quite this bad.” God, I should hope not.