Our highly esteemed boozum chum Francis, a truly gifted writer as you’re all surely aware by now, would like everyone to know that he has a new one out: 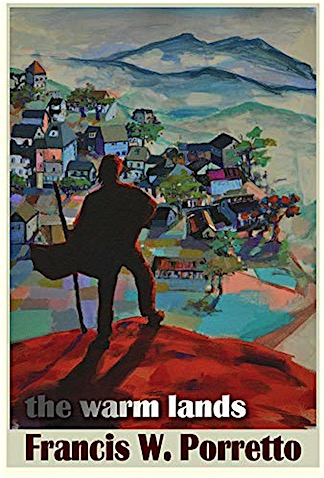 More a fantasy tome than straight-up sci-fi, I’m thinking, if the cover and blurb are at all indicative:

Gregor of Serebal, a journeyman sorcerer educated at the Scholium Arcanum in the East, is on a cross-continent trek through the Great Waste: the lifeless desert left by the Dieback that all but eliminated life from Aeol. He has been tasked to chart the courses of the major mana conduits of the continent. In the process he discovers that they have been diverted from their normal paths: Whereas they once flowed from north to south, they now flow from east to west. While there is no obvious explanation for their diversion, they appear to flow directly toward Pontreval, where the Scholium Arcanum in the West is situated.

Laella of Anam is a gifted one: a potential sorcerer not yet trained to the disciplines that would make it safe to practice. Yet the mana has already touched her to ill effect. It has made her a virgin mother, to the horror of her family and neighbors. The ruler of her village has executed her infant son, and the infant children of three other women similarly afflicted, when Gregor arrives in Anam.

Mutual admiration brings them together. Once mated, they travel further west through the Great Waste in pursuit of Gregor’s errand. But though his intent was to walk all the way across the continent, charting the mana streams as he traveled, events will force them to return to Urel, the site of the Scholium Arcanum in the East where Gregor was made an initiate of the Arcana. There he and Laella will confront mysteries the sorcerers of the Scholium cannot unravel. Beneath those mysteries lies a threat to the life of Aeol that will demand all that Gregor, Laella, and their colleagues have to give.

Fantasy or sci-fi, doesn’t matter; with Porretto, any and all genres are in most capable hands. The tariff is but a paltry 2.99 at Amazon, peoples, so hie thee thither. He also has a mention up over at his joint, which opens thusly:

Here it is at last: the long awaited fantasy novel by the foremost storyteller of our time…

(What’s that you say? I’m not the foremost storyteller of our time? Geez, what a letdown! Could you keep it to yourself until I sell a few books? Thanks.)